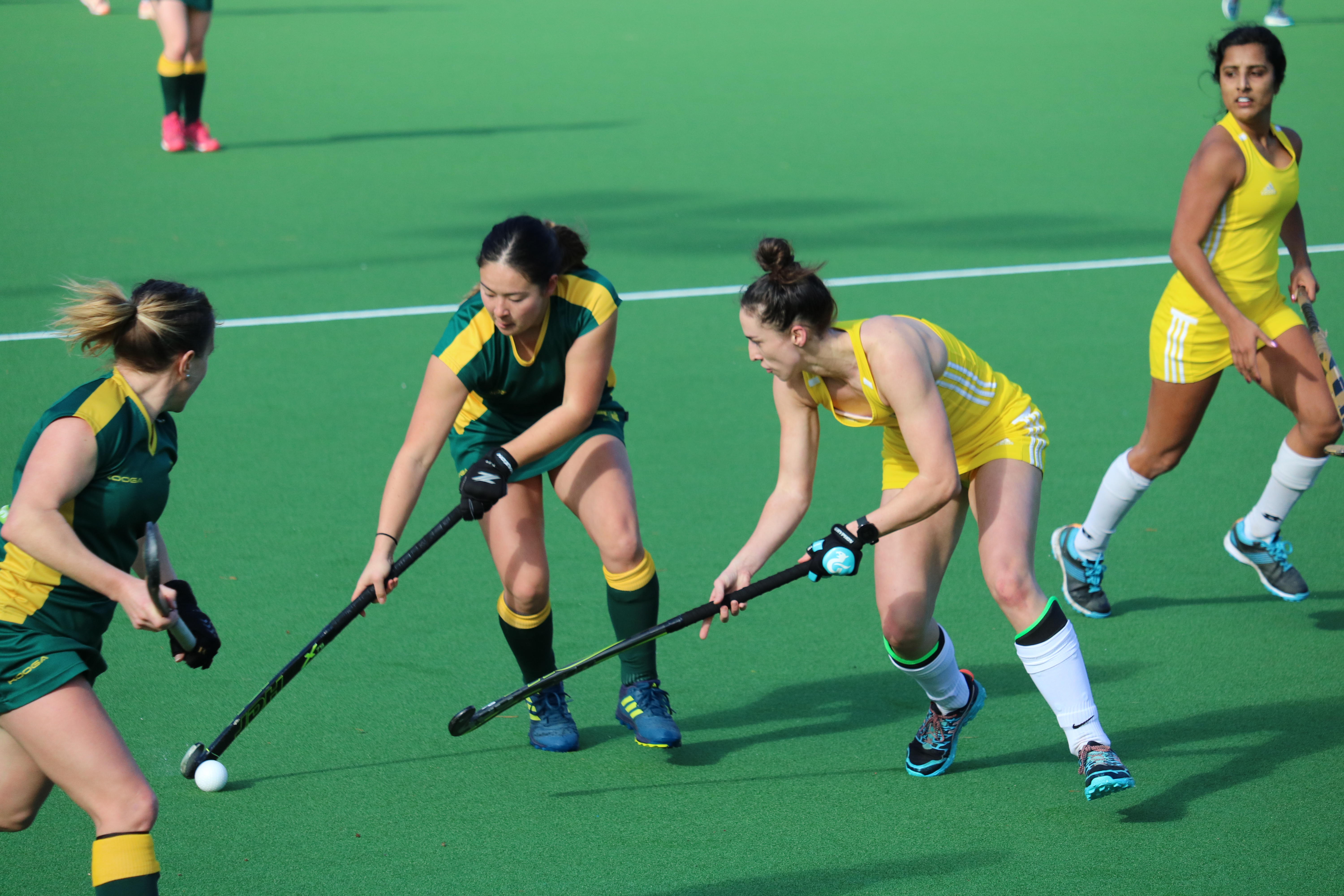 Victoria and Northern United could not be separated with Vic drawing for the second time and Northern for the first. Northern led 1-0 at half-time before Vic took the lead going into the fourth quarter, only for Northern to convert a penalty stroke with ten minutes to play.  Dalefield had six of their younger players away at the national Under-18 tournament but still had the better of their encounter with Karori.  The yellow-shirted Dalefield scored twice in each half but found Karori’s stubborn defence hard to break down.  Harbour City found their hands full with a fired-up Toa who scored the only goal of the first half from a penalty corner.  Harbour’s pressure eventually paid dividends but it was only three late goals that boosted the score and belied Toa’s brave performance.

Dalefield increased their competition lead with a bonus point victory over Tawa Titans on McDonald’s Newtown NHS 2.  They started strongly, scoring twice in the first quarter. Goals from well-structured play continued to come, with Rowan Yeo grabbing three, but Tawa fought hard and scored two goals in a game for the first time this season . Harbour City fell further back in second place, being upset by Indians in a reversal of the score the first time these teams played. Indians went ahead from a penalty corner in the fourth minute and doubled their lead in the third quarter.  Harbour opened their account on the hour mark, but that was their lot.  Northern United were backing up from their resumed game against Hutt United on Thursday and scored in the first minute against Victoria.  However, the students led 2-1 at half-time and created plenty of chances in the second spell, although Northern’s defence prevented them from scoring a bonus point.

Hutt United returned to winning ways with a tight victory over Upper Hutt at Maidstone Park and remain equal top with Victoria 2 who beat Harbour City in the early game on NHS 3.  Victoria 3 beat Kapiti in the late game on NHS 3 for their second win, while Karori can take credit from their hard-fought draw with Kapiti 1 on Mazengarb Reserve.

* denotes a game in hand

Hutt United had a testing time against Harbour City in an eight-goal caper on McDonald’s Newtown NHS 2.  Karori and Northern United shared four goals in the late game, while second-placed Upper Hutt were too strong for Victoria at Maidstone Park.

Leaders Tawa Titans were given a stern test by Indians before winning narrowly at Elsdon Park, while Hutt United overcame Northern United at Fraser Park to move into second place.  Kapiti won again, beating Victoria in the late game on Mazengarb Reserve, while Upper Hutt went ahead of Naenae after winning their game at Maidstone Park.

Most games were closely contested with Tawa Titans securing the biggest margin over Northern United on Elsdon Park.  Kapiti went past Indians on the table with their win at Mazengarb Reserve, and Harbour City had an excellent victory over higher placed Victoria 4 on NHS 3.  Hutt United had their third draw as they finished all square with Victoria 3 in the later game on NHS 3.