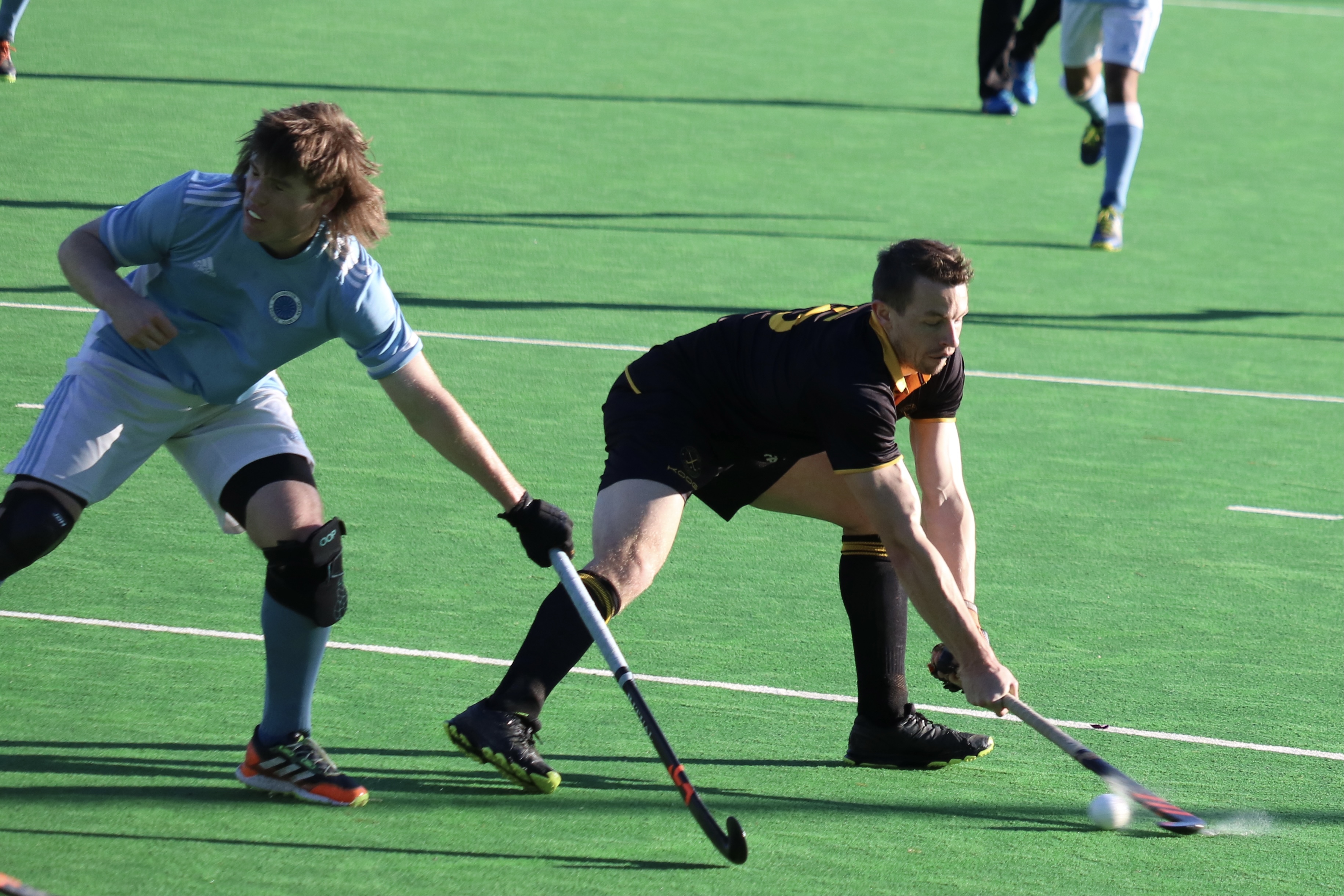 Conditions were much improved on Saturday, with all games being played at NHS and plenty of goals were scored.  Indians continued to show improvement and deserved their draw with leaders Dalefield. The Wairarapa team led by a single goal three times before Indians went ahead in the third quarter, only for Marcus Ambrose to grab the equaliser five minutes from the end.  Harbour City had the better of Tawa Titans in the early game and were four goals up before Tawa got on the board in the final quarter.  Harbour scored again with three minutes to play but Tawa’s defence denied them a bonus point goal.  Hutt United played well against Victoria to earn another bonus point.  They let 3-0 at the break then scored from a penalty stroke and added a fifth with ten minutes to play.

Victoria scored early against Hutt United but could not add a second as the Hutt Valley side gradually got on top.  Vic defended strongly but Hutt United continued to attack and scored their bonus point goal inside the final minute. Dalefield were relentless against Toa, scoring from the opening hit-off and they looked dangerous throughout.  Toa kept the damage to four at half-time but the second half was dominated by the visiting side, for whom Emma Smith scored four times.  The Macadre sisters scored four of Harbour City’s goals against Karori in the late game. Karori replied to Harbour’s early strike in the first quarter and it was 2-1 at half time  Harbour forced a series of penalty corners in the second spell and while Karori defended bravely they could not hold Harbour at bay and they scored their sixth goal with four minutes to play.

Front-runners Hutt United had another big win, this time over Victoria on McDonald’s Newtown NHS 2.  Northern United did well to beat Harbour City at the same venue, while at Maidstone Park second-placed Upper Hutt were too strong for Karori.

Hutt United’s first loss, by a single goal to Kapiti 1 on Cello NHS 1, and Kapiti 2’s earlier win by the same margin over Harbour City means there are now six teams within four points of each other from third to eighth.  Karori had deserved success over Upper Hutt at Maidstone Park, while Victoria 2 pipped Victoria 3 in the early game on Cello NHS 1 for their fourth win.

Indians’ good win over Harbour City in the late game on NHS 3 and Kapiti’s narrow victory over high-flying Tawa Titans on Mazengarb Reserve meant Indians go to the top of the table for the first time. Victoria 4 eked out a narrow win over Hutt United on McDonald’s Newtown NHS 2, and in the final game Victoria 3 were too good for Northern United, without quite being able to secure a bonus point.