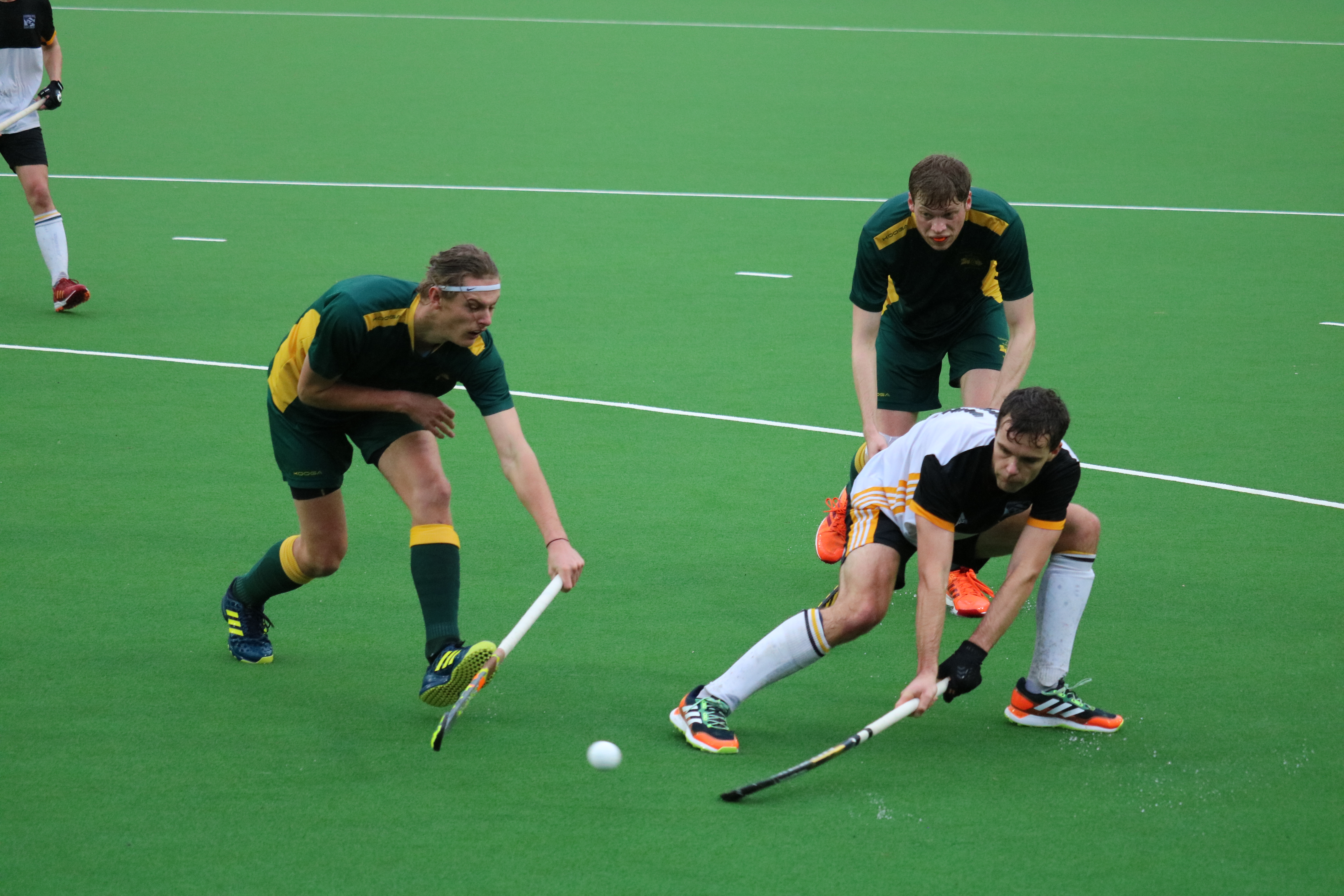 The wet conditions made play difficult for all teams on Saturday and players did well to maintain a high standard of hockey. Hutt United scored in each quarter against Karori and did enough to gain a bonus point which extended their lead.  Harbour City had their first win for five weeks with a hard-fought victory over Victoria in the early game.  Vic replied to Harbour’s early strike, but two goals in the final quarter sealed Harbour’s win. At Clareville Dalefield were made to work hard to beat Northern United for a second time and they stay level with Harbour City some way behind Hutt United.

Toa had the bye

Hutt United scored four goals in each half to see off Tawa Titans and gain another bonus point.  Harbour City beat Victoria by the same score as their women’s side in a similarly competitive game. They opened the scoring with a penalty stroke but Vic equalised before half-time.  Harbour regained the lead from a penalty corner then sealed the win with a field goal in the final minute.  Dalefield did enough to gain a bonus point win against Northern United at Clareville and extend their lead to four points.

Indians had the bye

Victoria 3 beat a competitive Karori on McDonald’s Newtown NHS 2 and Victoria 2 had a comfortable win over Upper Hutt at Maidstone Park.  The remaining two games were deferred to a later date because of adverse weather and turf conditions.

* denotes a game in hand

Tawa Titans had their fifth successive win and grabbed a bonus point against Naenae on NHS 3, whilst in the game before that Hutt United cut it much finer against Victoria.  Indians had their second win, beating Upper Hutt in a close game at Maidstone Park.  The game between Kapiti and Northern United at Mazengarb Reserve was halted at halftime as the conditions had got so bad, and it will be resumed at a later date.

Tawa Titans won again, but made hard work of overcoming a determined Victoria 4 on NHS 3. Harbour City had their first win with a bonus point victory over Northern United on Cello NHS 1, followed by Indians doing the same against Victoria 3. In the early game on NHS 3 Kapiti made sure their trip south was worth it with a resounding victory over Hutt United