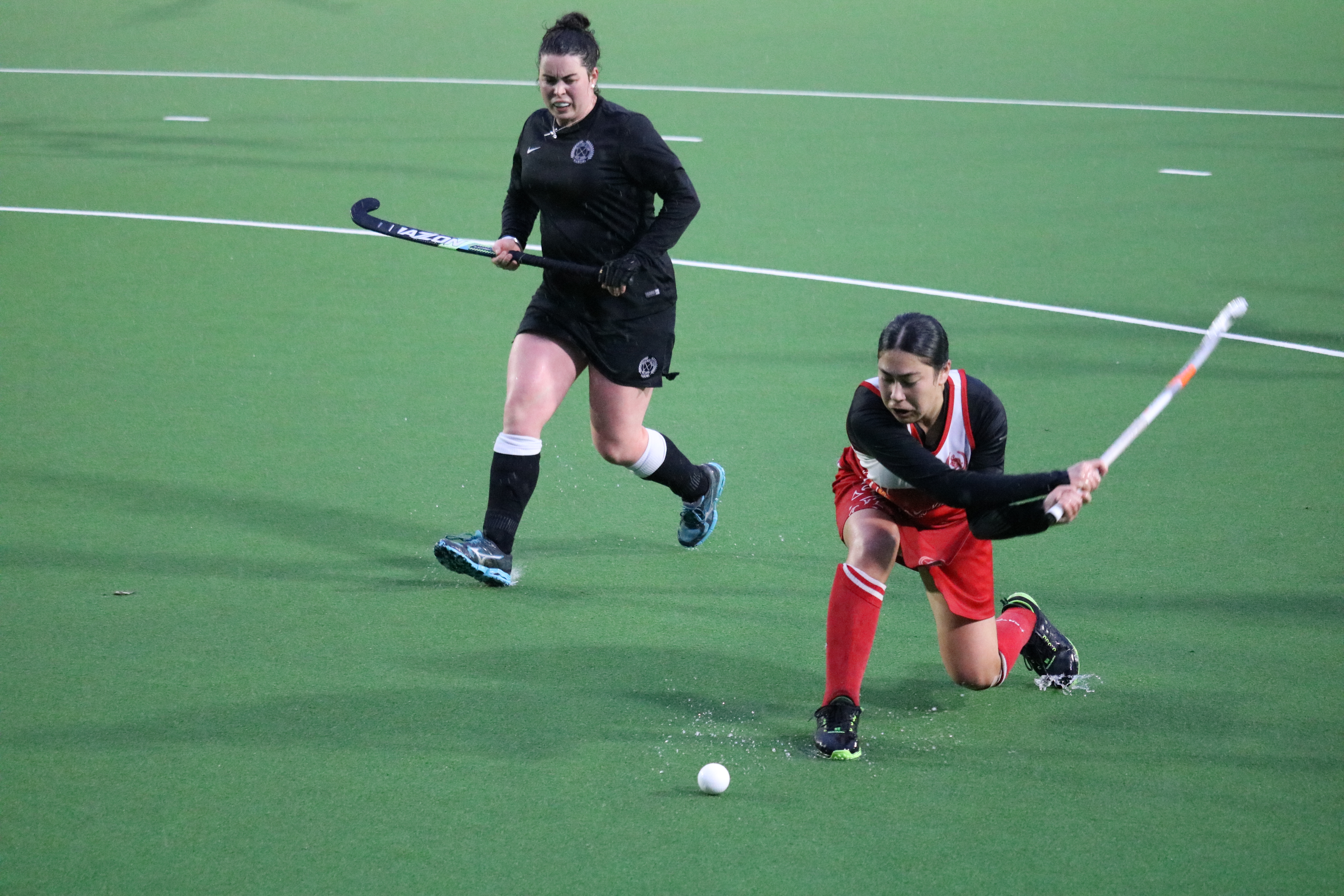 Leaders Dalefield had a successful trip over the Remutakas beating Harbour City by the same score as in their previous meeting.  The sodden turf was very slow and Harbour dominated the early exchanges after going ahead after five minutes..  Dalefield got stronger as the game went on and equalised in the second quarter, before Dane Lett netted the decider 15 minutes from the end with a powerful drag flick from a penalty corner.

Tawa Titans returned from a two week lay-off to find the Indians strikers at their deadly best and they were behind 7-1 at half-time.  Tawa competed hard but the score reached double figures with Sajan Patel and Josh Thuraisingham both notching hat-tricks

The heavy rain made conditions virtually impossible in the late game between Hutt United and Northern United and play was called off with Hutt United leading 1-0.  The game will be completed at a later date.

Indians have the bye

Harbour City went down for the second successive week, this time to a determined Dalefield who did slightly better in the heavy conditions.  Harbour started well but it was the visitors who scored first before Harbour drew level in the second quarter, only for Dalefield to regain the lead early in the second half.  Harbour replaced their goalkeeper for an outfield player with five minutes to play, but Dalefield scored twice more to wrap up the win and join Harbour in second equal place.  Northern United could not repeat their earlier success over Hutt United who led 3-0 at half-time and went on to a solid win in the challenging conditions.  Karori celebrated their club day at the NHS by drawing with Toa on a sodden turf and they picked up their first competition point.  Toa opened the scoring early in the second quarter but Karori were able to equalise after the half-time break.

Toa have the bye

Hutt United maintained top spot with a bonus point win over Northern United in the early game on Cello NHS 1, while second placed Karori did likewise against winless Victoria in the second game.  Following that Upper Hutt had a clear-cut victory over Harbour City and these teams are now level in third place.

All Sunday’s games were played on NHS 3, where the wet conditions made fast-paced hockey difficult.  Kapiti 2 had their first win by a narrow margin over Upper Hutt in the early game, followed by leaders Hutt United picking up a bonus point against Karori.  Harbour City kept the pressure on with a well-taken victory over Victoria 3, while in the late game Victoria 2 splashed to a narrow win over Kapiti 1.and move into fourth.

Tawa Titans returned to winning ways over bottom placed Harbour City, while Hutt United had their second draw in two weeks, this time with Indians at Fraser Park.  Victoria 4 moved into second spot with a win over Northern United on NHS 3, and Victoria 3 moved to fourth after beating Kapiti at Mazengarb Reserve.

Tawa Titans made it four wins from four with a bonus point win over Upper Hutt at Maidstone Park, while Indians’ narrow victory over Naenae on NHS 3 was their first in the higher grade.  Northern United moved into second place after squeaking past Victoria on NHS 3.  A waterlogged McDonald’s Newtown NHS 2 made play in the last game between Kapiti and Hutt United virtually impossible and the teams settled for a draw.