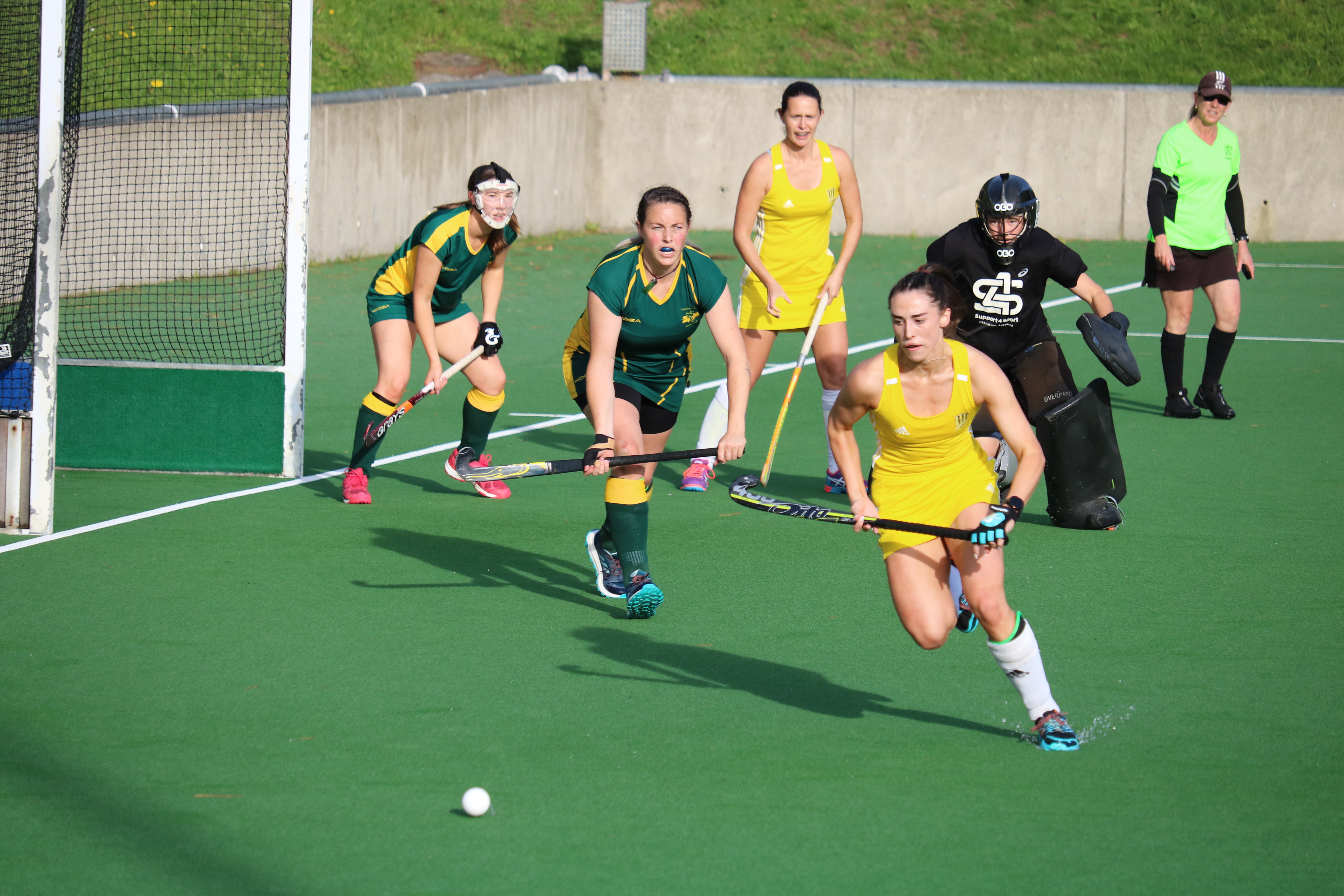 The winning teams were the only ones to score on Saturday, with all games being rather one-sided.  Harbour City continue to lead the table after a bonus point win over Toa in the late game on Cello NHS 1.  Hutt United remain second following their bye and next come Northern United who scored three first half goals to put away Victoria with some ease.  Dalefield played with plenty of intensity in front of their home crowd at Clareville and were comfortable winners over Karori.

Hutt United remain on top after their bye, but have been joined by Dalefield who were without Black Stick Dane Lett, but still grabbed their third bonus point in beating a determined Tawa Titans.  Harbour City returned from their bye full of running on McDonald’s Newtown NHS 2 and handed Indians their third narrow loss in three weeks.  Harbour scored from a penalty corner just before half time and they were two goals up before Indians opened their account in the final minute of the game.

Victoria scored early against Northern United who equalised shortly afterwards and it was 1-1 after two quarters.  Vic dominated from then on for their first bonus point win.

With all games being played at NHS Upper Hutt got up to beat Kapiti 1 and Hutt United edged out Victoria 3 in two very close games.  Kapiti 2 and Victoria 2, the top sides during the grading round, fought out an enthralling stalemate, while Karori’s woes continued as they were taken apart by Harbour City in the early game.

This grade was unchanged for the competition round and in the early game on Cello NHS 1 Harbour City edged out Northern United after the teams had drawn 1-1 earlier in the season.  Karori then evened the ledger after earlier going down to Upper Hutt, while Hutt United averaged a goal every five minutes in overwhelming depleted Victoria.

The only change from the grading round is that Indians have been promoted from R1 at the expense of Harbour City.  They had a tough first up assignment and did very well to go down by a single goal to top side Tawa Titans on Cello NHS 1. All games were close with Victoria doing best in beating Kapiti, also on Cello NHS 1; and at Maidstone Park there were tense encounters between Upper Hutt and Naenae, and between Northern United and Hutt United.

In an unchanged grade, top side Kapiti were tipped up by Indians on NHS 3, while Hutt United reversed the result of their earlier clash with Victoria 3 in the late game on McDonald’s Newtown NHS 2.  Tawa Titans were again too strong for Northern United on the same turf, and Harbour City cut it fine in beating Victoria 4 on NHS 3.