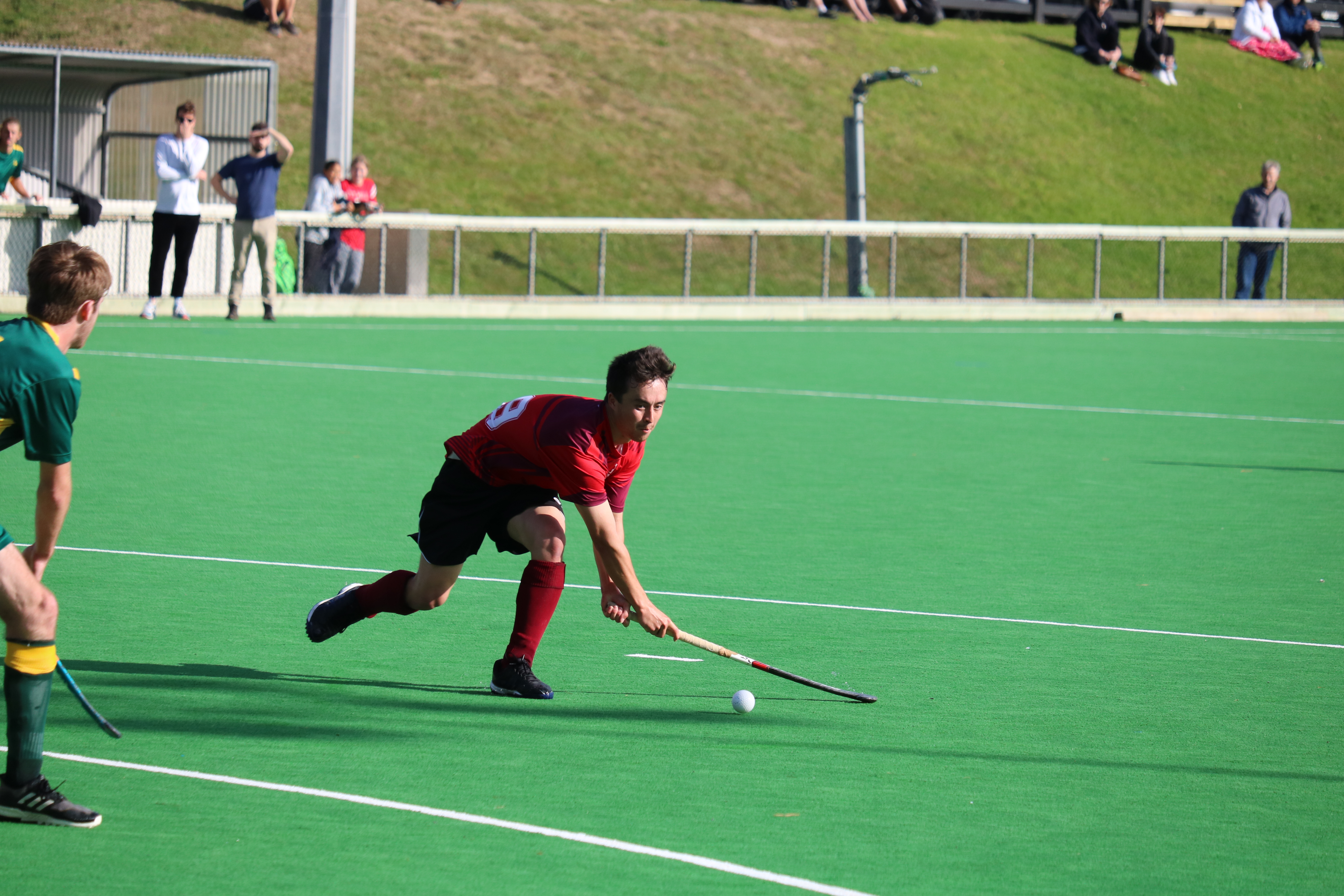 Harbour City went to the top of the table after beating Karori, with all their goals coming in the second half.  Hutt United moved into second place after a comfortable victory over Victoria.  They had led 4-0 at half-time but were kept at bay after that by strong defence and were denied a bonus point.  Nikki Anderson scored Vic’s first goal of the season.

At Clareville Dalefield took some time to get on top of Toa, and they led by just 2-0 at half-time.  After the break however, their accurate passing game came to the fore with eight further goals being scored, including a hat-trick to Felicity Reidy.

Victoria came close to toppling competition leaders Hutt United on McDonald’s Newtown NHS 2.  United scored in the third quarter and Vic drew level with four minutes left but could not find the clincher.  This draw was the first of the P1 men’s season and announced Victoria as a real threat in the grade.

The anticipated clash between Indians and Dalefield at Clareville did not disappoint. Dalefield scored after just two minutes and, despite applying pressure, Indians could not level until the third quarter when they converted a penalty stroke.  The locals regained the lead just minutes later and were able to hold on for a valuable win.

Tawa Titans conceded seven goals for the third time in going down to a polished-looking Harbour City unit in the late game on Cello NHS 1.

Victoria 2 provided the upset of the cross-over games, narrowly downing previously unbeaten Hutt United on Cello NHS 1.  In the two other games on Cello NHS 1 Upper Hutt eased past Kapiti 1 while Victoria 3 made it a good day for the students by putting away Karori.  Harbour City went down at Mazengarb Reserve for the second time in eight days, this time to Kapiti 2.

Front-runners Hutt United returned to winning ways over Northern United on McDonald’s Newtown NHS 2, while Upper Hutt drew their third game of the season and Harbour City their second on NHS 3.

Also on NHS 3 Karori bagged a bonus point win over Victoria, to leave them close behind Hutt United.

Northern United scraped into the play-off for first place with a nerve-racking shoot-out win over Hutt United on NHS 3.  They will meet Tawa Titans who conceded their first goals of the season but still beat Upper Hutt comfortably enough at Elsdon Park.  Kapiti at home pipped Harbour City for their first win, and they will play Naenae who overcame Victoria on NHS 3.

Kapiti continued their unbeaten run with a hard-fought victory over Indians on Mazengarb Reserve.  They will play-off for first and second against Victoria 3 who beat Tawa Titans by the closest of margins on NHS 3.  Harbour City consigned Northern United to their fourth loss and they will play-off for fifth with Hutt United who had their their first win of the season over Victoria 4 on McDonald’s Newtown NHS No 2.