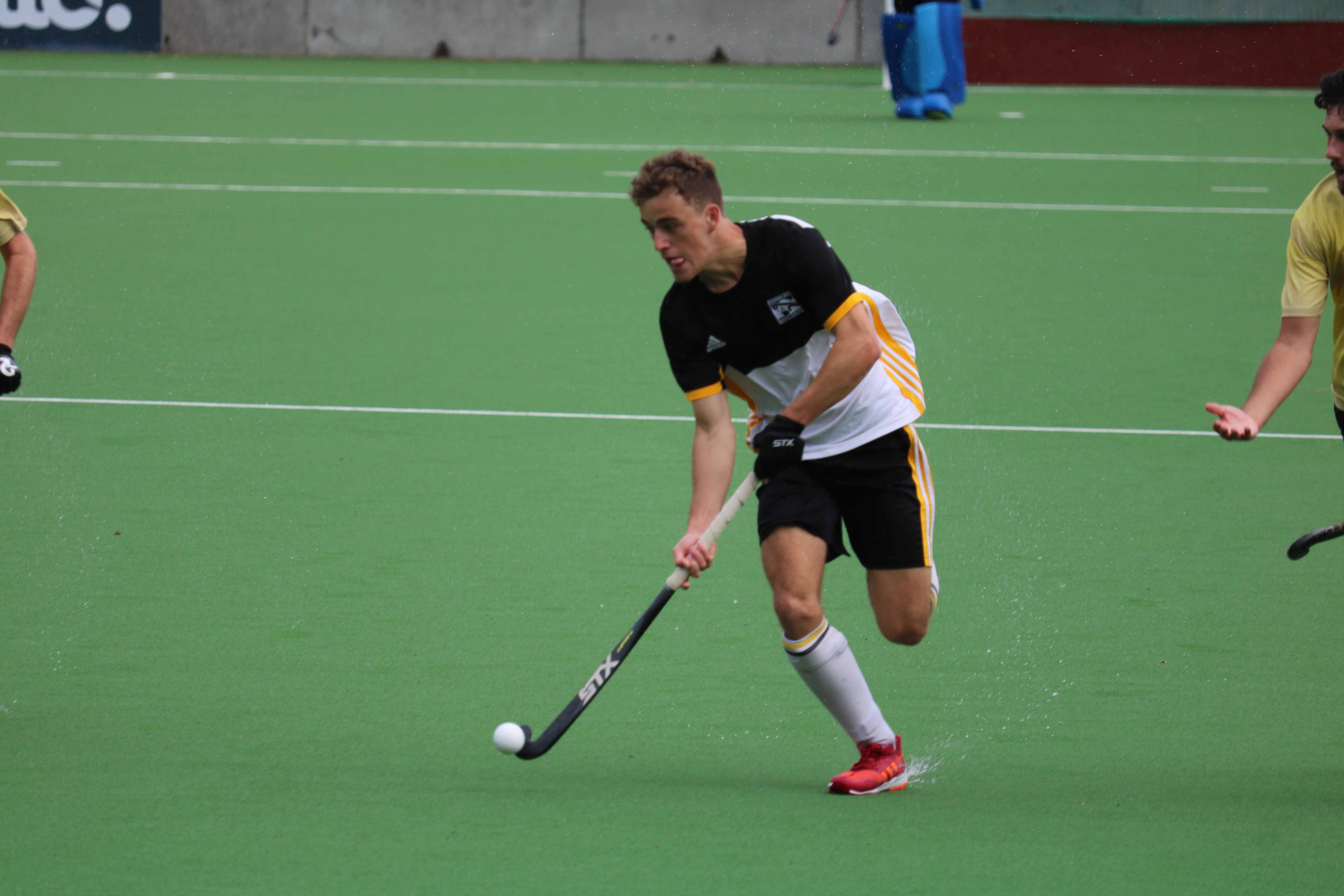 Below are reports on games in each of the Premier grades.

The three games all resulted in bonus point wins to the leading teams. Harbour City bounced back from their loss at Clareville to put away Victoria, who were playing their first game in three weeks.  With penalty corner dynamo Callum Olsen again in good touch Hutt United were five goals up at half-time against Tawa Titans, still finding their feet in the top grade.  The second half was much tighter with Ben Harris having the honour of scoring the Titans’ first Premier 1 goal.

Dalefield welcomed back Dane Lett, Jordan Cohen and Benedict van Woerkom and had little trouble getting past the young Northern United side who did manage to convert a penalty stroke.

Indians had the bye

Dalefield were strengthened by the return of captain Michael O’Connor and the experienced Katherine van Woerkom and played very well to down giant-killers Northern United.  There was no score at halftime, but Dalefield controlled the ball better in the second half and deserved their win.

Hutt United put the loss to Northern United behind them as the returning Ani Roberts provided the base for a big win over Karori.

Harbour City got back to winning ways but were well contained by Victoria before sneaking home by the narrowest of margins.

Toa had the bye

Dalefield v Toa at 1:30pm on Clareville No 1

Victoria 2 had a commanding victory over winless Karori in Pool B, and on Mazengarb Reserve Kapiti had their first win, over Harbour City.

Kapiti 2 v Harbour City at 11:45am on Mazengarb Reserve

The results of three of the games were clear-cut, while Victoria 3 beat Hutt United in an eight-goal splurge.  Tawa Titans’ bonus point win in week one gave them the edge in Pool A while Kapiti’s three wins put them comfortably at the top of Pool B.

Kapiti v Indians at 2:00pm on Mazengarb Reserve No 1

Tawa Titans beat Harbour City with comfort on NHS 3 and Northern United edged Victoria on NHS 1 to top their pools going into next week’s cross-over games.  Hutt United eased past Hutt Valley rivals Naenae at Fraser Park for their first win, while at Maidstone Park Upper Hutt consigned Kapiti to their third loss.

Kapiti v Harbour City at 12:15pm on Mazengarb Reserve No 1