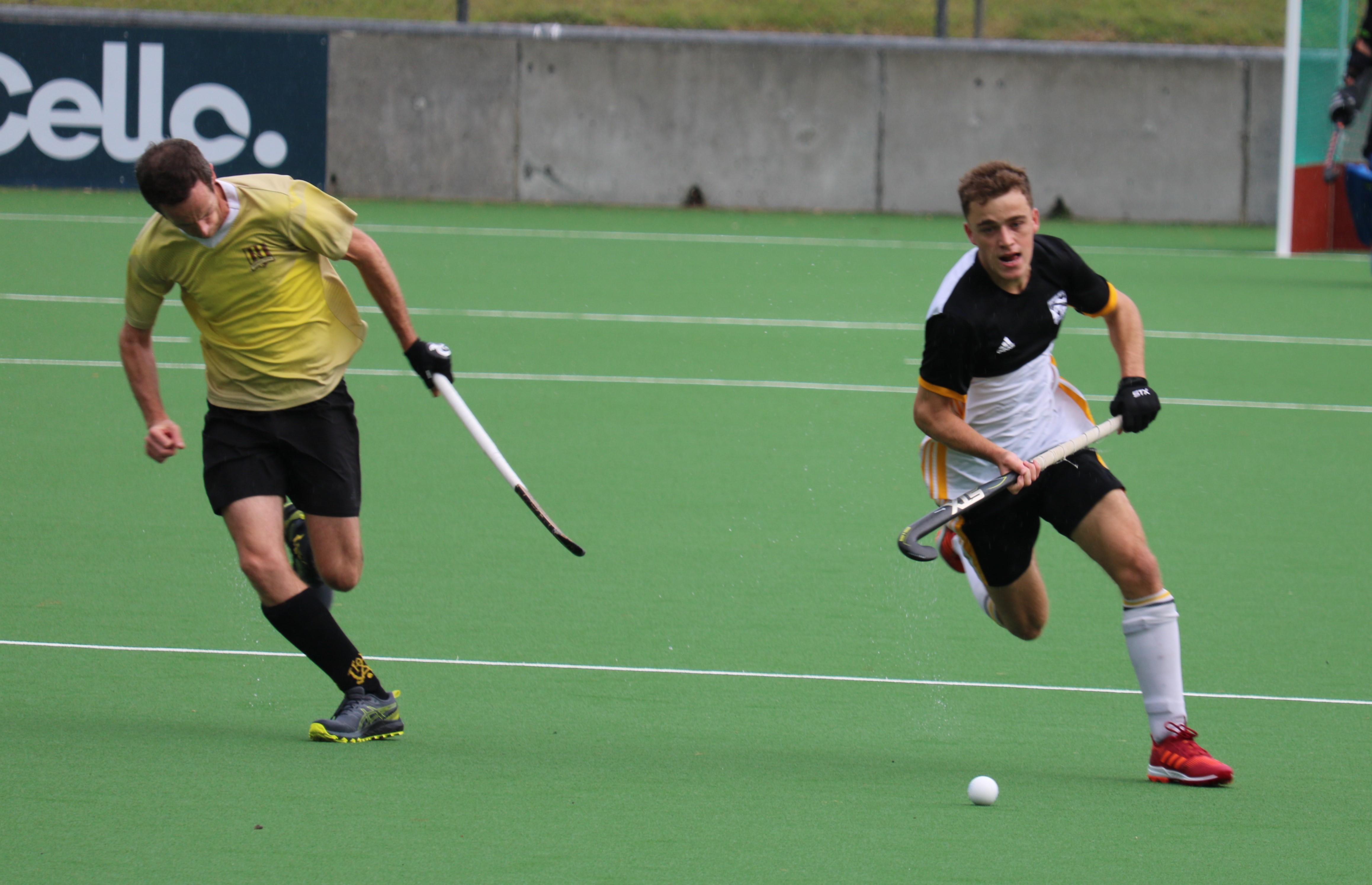 There were some signs of rust but plenty of good hockey on display as the 2021 Open Grade season got underway over the weekend.  Below are reports on games in each of the Premier grades.

A committed effort from Hutt United saw them edge 2019 and 2020 champions Dalefield in the feature game on Cello NHS 1.  They scored in each of the first three quarters, but Dalefield could only reply twice in what was a fast, open game played in a good spirit.

With Naenae not entering a team in P1, a number of their 2020 players followed coach Hemant Lala to Indians.  The blue and whites did not have things all their own way against Victoria, just hanging on for a narrow win.

Tawa Titans have come into P1 in place of Naenae and they had a first round bye.

Dalefield v Harbour City at 2:30pm on Clareville No 1

Victoria have the bye

Playing through women’s champions Dalefield also went down on Saturday, similarly beaten by Hutt United who look as if they will again be a major force.  Harbour City played very well at times in defeating hard-working Northern United. Toa, too, made a pleasing start, comfortably beating a young Victoria side.

Next week    Dalefield v Harbour City at 1:00pm on Clareville No 1

Victoria have the bye

Upper Hutt just got the better of Karori at Maidstone Park, while Harbour City and Northern United fought out the day’s only draw on NHS 2.  Victoria defaulted their game to Hutt United who acquire a bonus point.

Next Sunday    Karori v Northern United at 11:15am on McDonald’s Newtown NHS 2

Hutt United did best with a bonus point win over Kapiti’s top side at Mazengarb Park.  Victoria 2 and 3 both suffered narrow losses at NHS; while Upper Hutt had a good win over Karori at Maidstone Park.

Tawa Titans had the biggest win of the day, trouncing Northern United on Cello NHS 1.  Victoria 3 and 4 had identical wins over Harbour City and Indians respectively, while Kapiti were too strong for Hutt United at Paraparaumu.

There were two-goal margins in all four games, with Hutt United the only side not to score a goal in their game against Tawa Titans at Fraser Park.  Upper Hutt won at home, while Kapiti and Naenae both went down at their home venues.