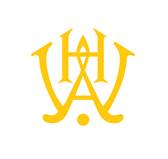 Following a robust set of trials over the past weeks, we thank all athletes for their efforts and are pleased to announce the following have been selected in the Wellington U18 Squads, congratulations:

These Squads will be later reduced to final teams of 18 to compete at the National Tournaments in July.

Note: Players may be added/removed at any stage as deemed necessary by WHA and the selectors.