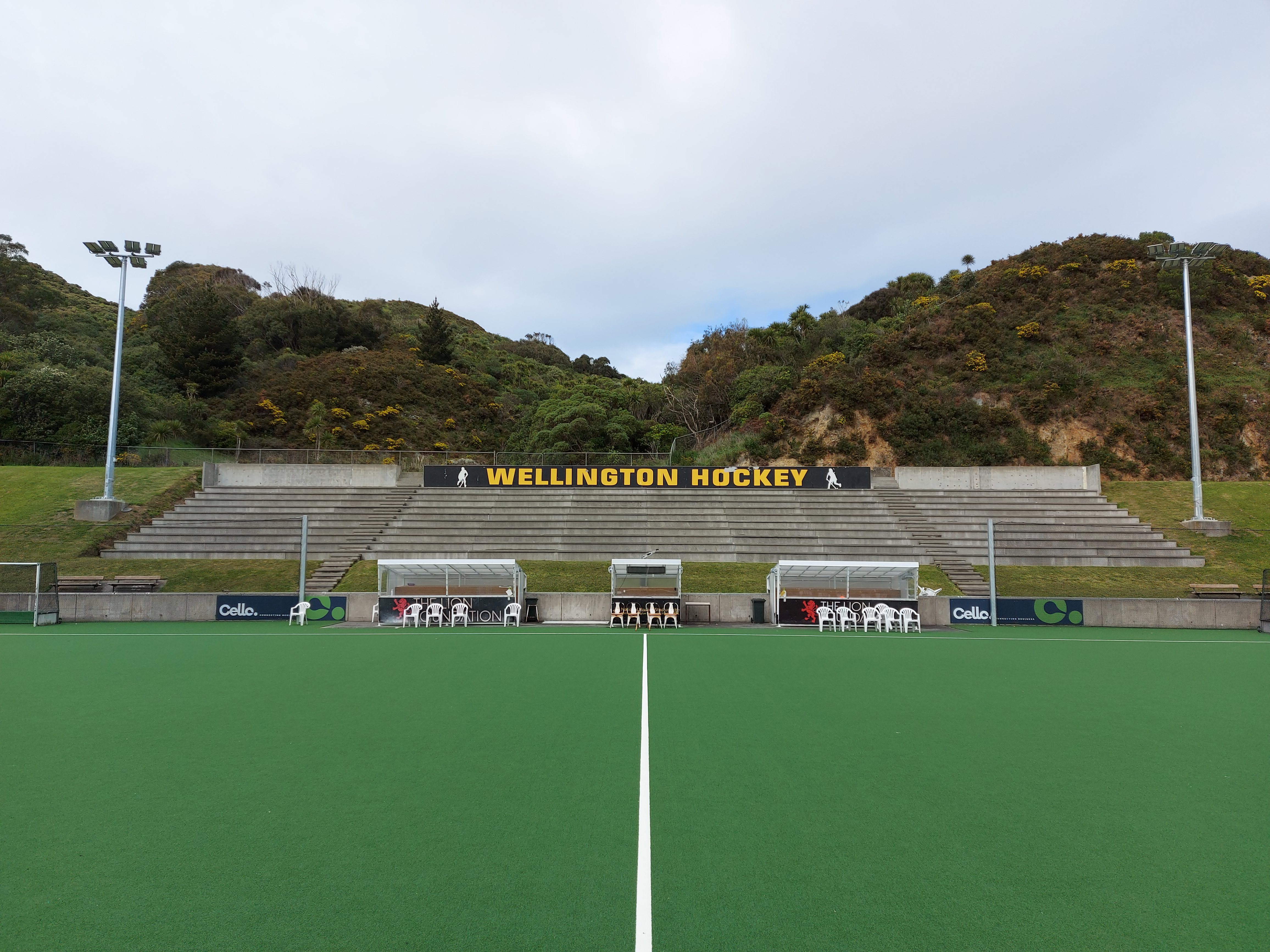 A full-strength Dalefield played with authority against defending champions Harbour City, deservedly winning 3-0 on Cello NHS No 1. One of those returning was former Black Sticks striker Felicity Reidy after a three-week injury layoff and her speedy front running caused the Harbour defence plenty of problems. Harbour will play off for third and fourth with Northern United next week, while Dalefield will meet 2018 champions Hutt United at 2:45 on Saturday in their first final appearance since 2017.

Victoria’s Teagan Porter scored a hattrick in her side’s 6-0 defeat of Kapiti in the first ‘friendly’ game, while three players each scored a double as Toa comfortably beat Karori, also by 6-0, in the game to decide who will meet Victoria in the playoff for fifth and sixth.

In the other ‘friendly’ Northern United scored first and showed plenty of spirit to draw 2-2 with next week’s finalists Hutt United.

Fourth qualifiers Harbour City pulled off one of the upsets of the season on Saturday beating Hutt United 4-3 in a gripping encounter on Cello NHS No 1. The score was 1-1 at half-time and 2-2 at three quarter time.  After Hutt’s Scott Barnett and Harbour’s Josh Symonds had traded exquisite reverse stick goals, it was 3-3 with five minutes to play.  As they had earlier, Harbour quickly turned defence into attack and an accurate pass found Liam Mortimer with some space in the circle.  He capped a fine game to make no mistake with what turned out to be the match winner.  Harbour will now have the chance to repeat their 2012 final win when they meet Dalefield at 4:30 pm next Saturday.

Dalefield warmed up for next week, taking some time to find their rhythm but eventually running out 7-1 winners over Naenae in their ‘friendly’.  Naenae will meet Hutt United next Saturday, not only to decide third and fourth, but also to determine Hutt Valley supremacy.

Northern United came from 2-0 down against Indians to draw 2-2, then won the shoot-out 2-0 to earn a fifth/sixth play-off spot against Victoria next week.

The top two sides proceeded to the final to be played at 11:15 am next Sunday with Kapiti beating Victoria 3 2-0 in the first semi-final, and Hutt United getting up 3-1 over Victoria 2 in the second. The two teams have met three times this season with Kapiti winning twice. In the game to decide fifth and sixth placings, Harbour City beat Upper Hutt 3-1.

The game to decide who would meet Hutt United in the final at 1:00 pm next Sunday could not have been closer.  Upper Hutt and Tawa were locked 3-3 at full time with the Tawa players keeping their nerve better to win the shoot-out 2-0.  Upper Hutt will now meet Naenae for third and fourth place, while Harbour City’s 2-1 win over Victoria means they will play Northern United to decide fifth and sixth.

Kapiti 4 had already won their way through to next Saturday’s final, with Northern United and Hutt United playing off to find their opponents.  The score was 3-3 at the final whistle and Northern won the shoot-out 2-0 to reach the showdown, which will be played at 11:15 am.  Hutt United will meet Harbour City to decide third and fourth places, while Victoria and Upper Hutt will vie for fifth place after Vic put away Kapiti 3 4-0.

The fixture to decide who would meet Indians in the final at 1:00 pm on Saturday was another nail-biter with Victoria 3 and Karori finishing all square at 2-2, before Vic 3 won a tight shoot-out 3-2. Karori will now meet Kapiti to decide second and third placings.  Hutt United overran Victoria 4 5-0 and will play Harbour City in the fifth/sixth decider, while the wooden-spoon game will be played between Northern United and Victoria 4.